High summer in Gloucestershire. We drive over the Cotswolds through lanes of flickering shade and blond wheat fields shimmering in the heat haze, to two of my favourite villages: the wonderfully named Eastleach Turville and Eastleach Martin - separated by the River Leach.

Across the ancient clapper bridge spanned by giant slabs of limestone. Water mint in the clear shallow water. Meadowsweet and rosebay willowherb. The river lined with willows. 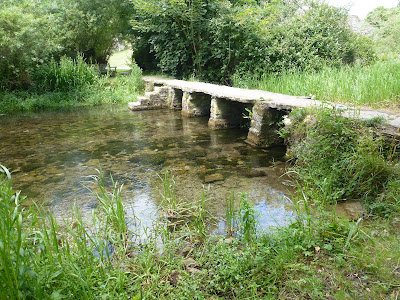 From the next bridge up, a trout holds itself in the current to catch food coming downstream. A family of moorhens on a tiny island. The parents try to shoo their chicks into the water to practise their swimming skills. A huge gathering of rooks riding the thermals rise higher and higher into the blue, wheeling, scattering and reforming as they work their way effortlessly up the vortex of air like particles of dust.

From over the meadow the church of Eastleach Martin looks intact from the medieval past. 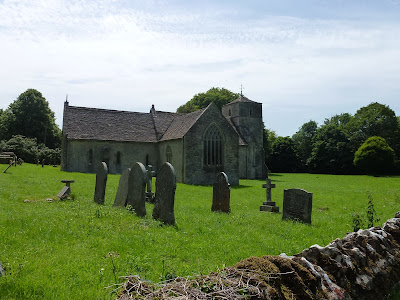 Inside fragments of medieval glass and quizzical faces that look down on us. 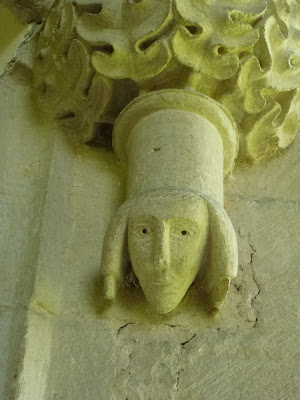 100 yards away across the river there's another church - its rival - the church of Eastleach Turville, equally old, equally peaceful. Swifts zoom round the ancient tower emitting tiny high pitched screams. They look like small fighter planes engaged in some complex aerobatic display. The sky is blue. Apart from the joyful carnival of the birds the silence of high summer at midday. 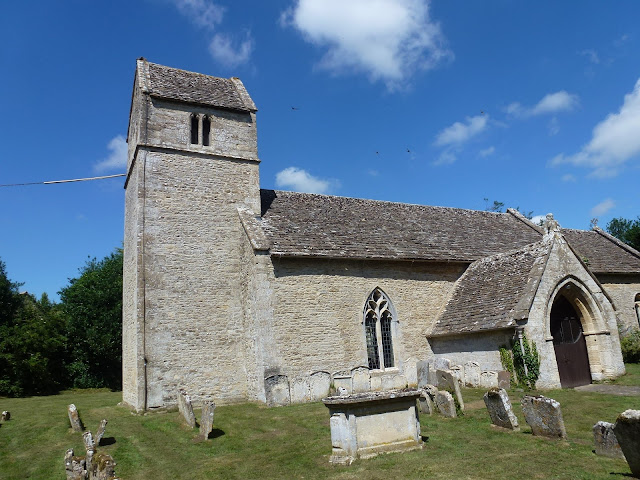 Posted by Roger Crowley Historian and Writer at 10:44