Belgian resistance fighters manage to halt the train, long enough to unlock a door. Then it starts again. Your mother pushes you towards the opening, impelled by hope – that you might survive. She hands you a hundred franc note. You tuck it into your sock. She lowers you onto the foot rail below the door. You prepare to jump. You are eleven years old.

"I saw the trees go by and the train was getting faster. The air was crisp and cool and the noise was deafening. I remember feeling surprised that it could go so fast with 35 cars being towed. But then at a certain moment, I felt the train slow down. I told my mother: 'Now I can jump.' She let me go and I jumped off. First I stood there frozen, I could see the train moving slowly forward - it was this large black mass in the dark, spewing steam."

This week, to coincide with the seventieth anniversary, the BBC website retold the story of the survival of Simon Gronowski and the daring hijack of a train bound for . The three resistance fighters pulled off this feat armed with one pistol, a lantern, a sheet of red paper and four pairs of pliers. 118 Jews managed to escape alive. The date was April 19 1943 – the day the Uprising started. The last of the resistance fighters, Robert Maistriau, died in 2008. Here is his account of that day. Simon Gronowski, now a jazz playing grandfather, recently returned to the scene of his jump, the place where he spoke those last words to his mother, ‘the first of my heroes’.

Posted by Roger Crowley Historian and Writer at 02:26 3 comments:

Voices from the Black Sea

Looking over some material I collected on a trip round the Black Sea a couple of years ago, I was again struck by the inscriptions on Greek grave stones from the early centuries AD. There's a tradition of the dead speaking directly on these memorials, being ventriloquised by their surviving relatives, so that we feel that we're hearing the people of the past talking to us personally over a gap of two thousand years. There's something incredibly moving in these inscriptions. They beg the passer by to stop and remember; they tug at our sleeves and demand our attention; they bewail their fates or celebrate their time on earth and give us accounts of their lives. 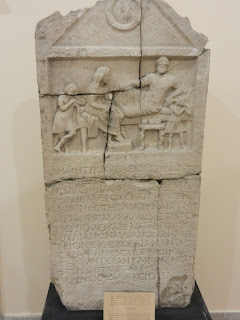 'Hades came towards me so fast' laments Hegesandros, 'the famous son of Eros and Apphia', in Amasra on the Turkish coast. 'Listen, stranger' says Ephipania from ancient Tomis in modern Rumania, 'my place of origin was Greece....I saw many lands and sailed over the sea because my father, as well as my husband, were ship owners, whom after death I laid in the grave with clean hands. My life was really happy before! I was born among muses and shared the goods of wisdom. As a woman, I gave much help to women, to abandoned wives, being ruled by pious sentiments, and I helped people confined to their beds by suffering, because I realised that mortals' fates are not according to their piousness. Hermogenes full of gratitude devoted this monument as a remembrance'. A life well lived.

And Cecilia, also from Tomis, gives us her life story.

'If you want to know, passer by, who and whose I am, listen: when I was thirteen a young man loved me, worthy of us: then I married him and bore three children. A son, first and then two daughters, the very image of my face. Finally I bore a fourth one, but I should not have had any more, because the child died first and I did too a little time later. I left the light of the sun when I was thirty. Perinthos is my husband and my home. My son's name is Priscus, my daughter's Hieronis. As regards Theodora she was a child in the house when I died. My husband, Perinthos, lives and mourns me with a faint voice. My good father also weeps because I retreated here. I also have here in the grave my mother Flavia Theodora. My husband's father, Caecilius Priscus, also lies here. A greeting to you too whoever you are, you who pass by our graves!'

I feel somehow oddly cheered by these friendly greetings from the people of the past. 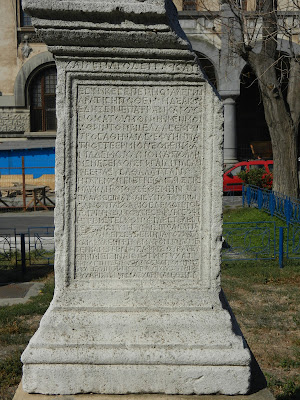 Posted by Roger Crowley Historian and Writer at 09:16 No comments: 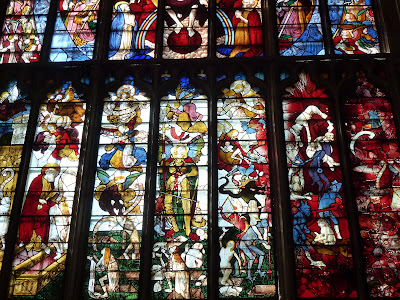 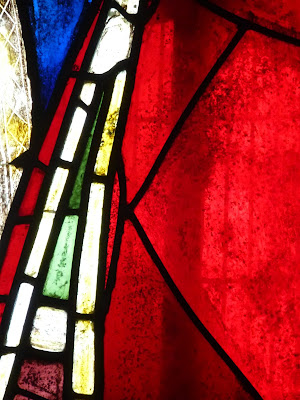 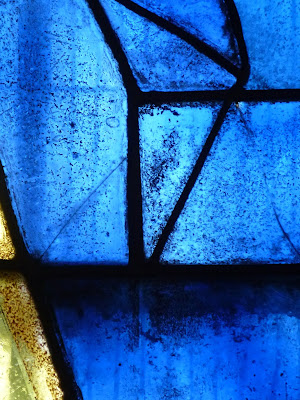 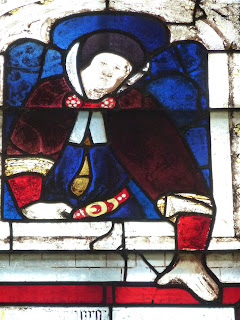 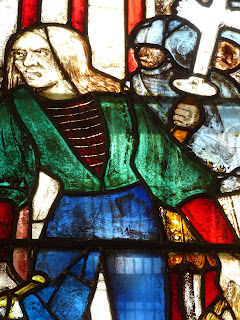 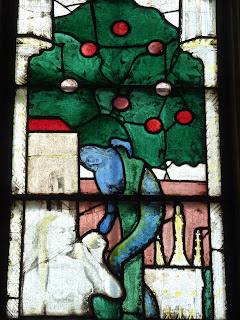 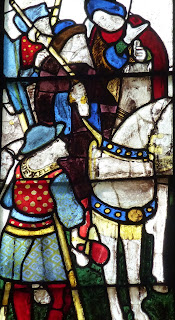 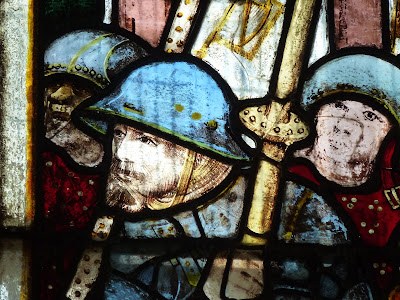 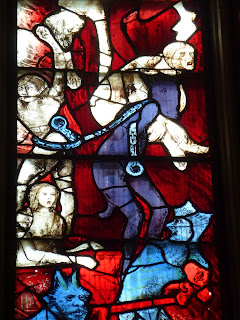 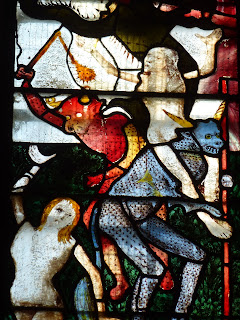 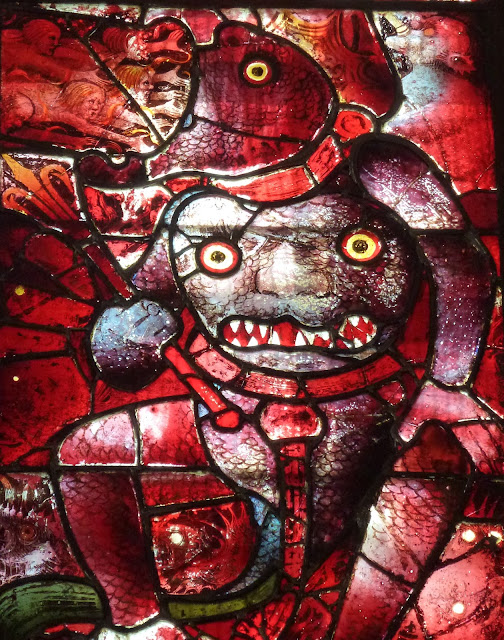 Posted by Roger Crowley Historian and Writer at 10:01 1 comment: