Few people could have put a holiday to better use than Nicholas Winton – I’ve been reading about him today. Winton, a 29 year old London stockbroker of Jewish origin, was about to go skiing in December 1938 when he received a phone call from a friend  in Prague asking him to go and help Jewish refugees living in terrible conditions in camps. He went. He was appalled. He did something. In three weeks there he planned the mass evacuation of Jewish children, organized the paperwork and set about finding host families and money to bring them to , and bullied British officialdom to act.

During the first half of 1939 Winton’s kindertransport managed to bring 669 children in eight trains to host families in . The ninth, scheduled for 1 September 1939, never arrived. War had broken out. The children waiting eagerly at the station were spirited away. He remains haunted by the memory: "Within hours of the announcement, the train disappeared. None of the 250 children aboard was seen again. We had 250 families waiting at that day in vain. If the train had been a day earlier, it would have come through. Not a single one of those children was heard of again, which is an awful feeling."


And Winton went back to ordinary life and never talked about what he had done – not even to his wife. It would be fifty years before she stumbled on a scrapbook in the loft and the whole story came out. Since then it has been widely publicised and the children of this evacuation have been coming forward – as ‘Winton’s children’.

Here’s a snippet from a TV programme about a reunion with the now elderly children and their descendents. It’s a real tearjerker. Winton is still alive. He’s just been awarded the ’s highest honour. He’s 105.

Winton with the children
Posted by Roger Crowley Historian and Writer at 13:11 No comments:

The Chapel of Bones

My Chinese publisher recently sent me this ghoulish picture of one of Malta's top nineteenth century tourist attractions: the Chapel of Bones in Valletta, reputed to be decorated with the neatly organised remains of those who died in the siege of Malta in 1565 - skulls round the arch and lined up in gawping rows beside the entrance, arm bones crossed like images from a pirate flag. The overall arrangement is quite a work of art. I didn't know about this when I was writing Empires of the Sea  - and was grimly fascinated. But as the chapel was said to contain the remains of 33, 000 people it must have been an ossuary drawing on the remains of Maltese people over a much longer period. 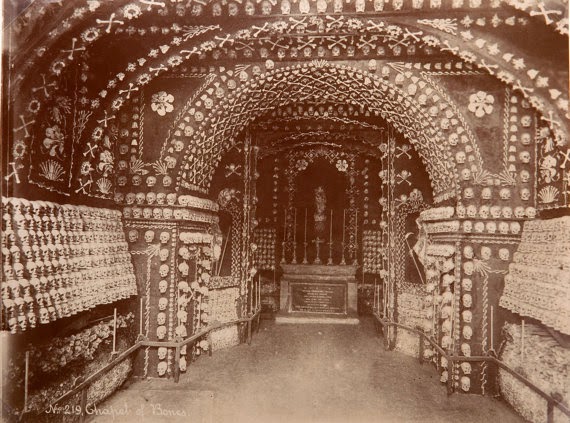 It was destroyed by a Luftwaffe bomb in the Second World War and is reputed to lie somewhere underground - waiting to be resurrected. 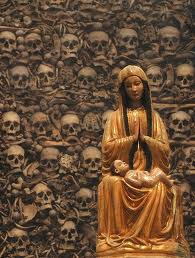 Otranto, on the heel of Italy, has a similar monument to the dead in the Ottoman-Christian wars. The Cathedral of Bones embeds the remains of 800 defenders executed after the shock Ottoman invasion of 1480. What times...


Posted by Roger Crowley Historian and Writer at 04:23 No comments: