The light at Delphi

Sailing from to in September I was reminded again of just what it is that makes different – it’s the light – a point made somewhat romantically by Lawrence Durrell in the 1930s: “You enter as one might enter a dark crystal; the form of things becomes irregular, refracted. Mirages suddenly swallow islands, and wherever you look the trembling curtain of the atmosphere deceives. Other countries may offer you discoveries in manners or lore or landscape: offers you something harder – the discovery of yourself.”

We arrived at the small port of Itea in the gulf of Corinth in the early morning, before the sun rose, the sea that absolutely flat calm untouched by a breath and the mountains of the Peloponnese violet grey across the straits, and we drove the winding road up to Delphi through millions of olive trees, imitating the route taken by ancient pilgrims. I first came to over forty years ago and I have to say this place, of all others, does not change. Whatever other horrors may have been visited on the Mediterranean in the name of industry and tourism, is untouched. No billboards; no hotels with winking neon signs; no development. You look down the site through miles of air into a valley picked out by sharp cypress trees, a single ribbon of road, stretched over hills, receding to infinity –a scene of breathtaking transparency, that fills and shifts as the day grows. It’s still a prospect of wonder and you understand exactly why this was, and still is, a sacred site. 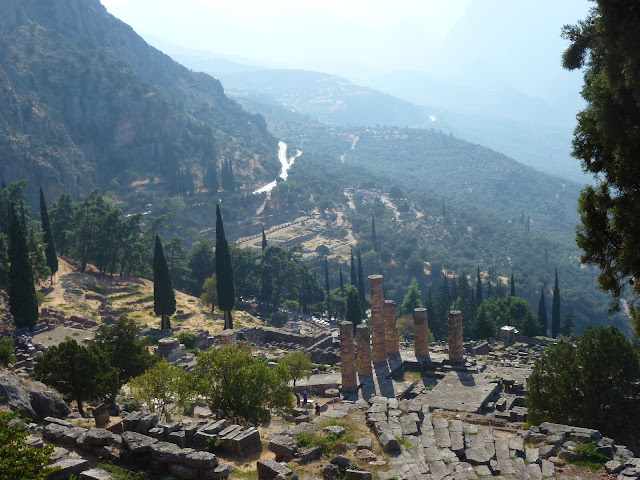 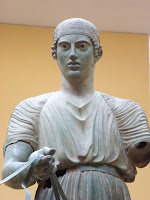 A few things have altered. It’s not possible to wander quite so freely over the site. Regrettably – but it’s probably a good thing – you can no longer run races in the stadium where the Pythian Games were once held. It’s roped off, as is the theatre half way up. But to compensate, since my last visit, there’s an absolutely brilliant museum. Wonderfully laid out, clearly explained, you get a vivid understanding of the Greek achievement – breathing life on the world and making it human. 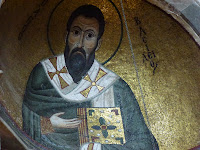 Later we went to the Byzantine monastery of Osios Loukas – St Luke. Another of my favourite places, a jewel box of mosaic splendour and another great site. From a breezy terrace, shaded from the sun by trees of immense antiquity, we looked out over tranquil valleys – a world away from the tragedy of modern being played out somewhere beyond the horizon. 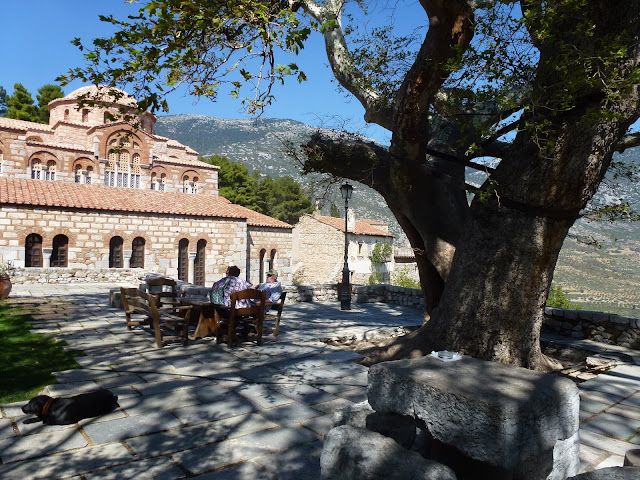 Posted by Roger Crowley Historian and Writer at 02:47