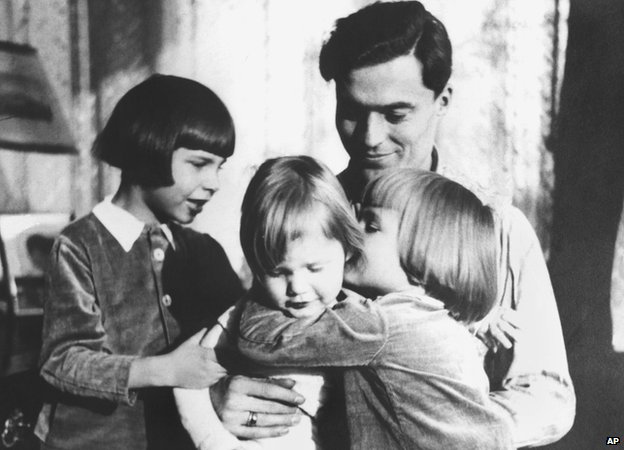 The aristocratic Col Claus Schenk Graf von Stauffenberg. Today, at 12.30, seventy years ago, the one-armed, one-eyed von Stuaffenberg entered a meeting with Hitler at the Wolf's Lair, put a bulky black briefcase down on the table, and departed. He heard the explosion in the distance as he left the compound. He was certain that Hitler was dead.

It was just bad luck. The briefcase had been moved off the table. Four men were killed, but Hitler, shielded by the heavy table, survived the blast - though his trousers did not. I can't help thinking how big the trousers are beside the soldier holding them up. Did they find a particularly small man to display them or perhaps substituted another pair with faked lacerations to give the German public an idea of the enormous size of The Great Leader, and his invulnerability? 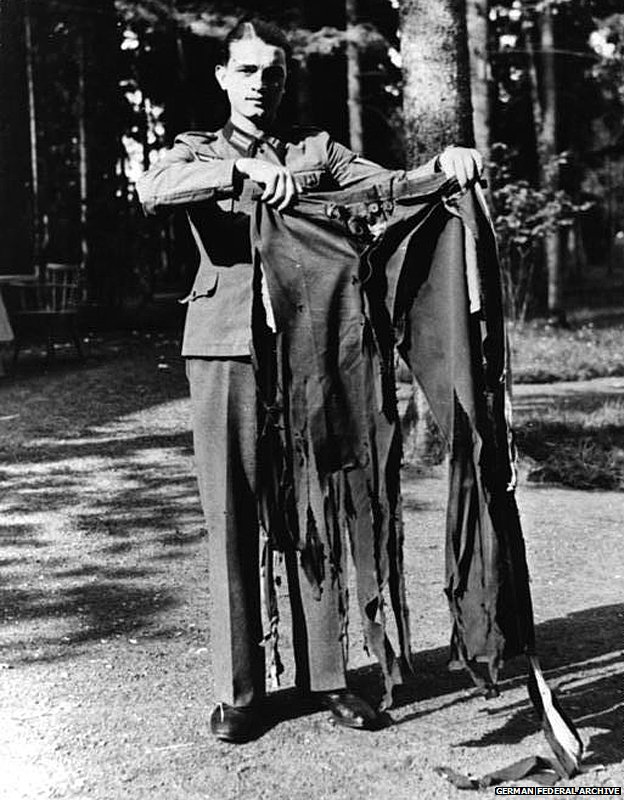 Von Stauffenberg, along with many others, was rounded up and shot. He was 36 years ago. The story here from the BBC which has been interviewing his son.

Posted by Roger Crowley Historian and Writer at 08:51 No comments: