It’s the kind of Indiana Jones moment that we all might dream of – I certainly did as a child, reading popular archaeology books about the discovery of Tutankhamun ‘s tomb and the pyramids of ancient Egypt. The moment when you make hole in the stone slab and peer down through the darkness of thousands of years to glimpse something quite extraordinary.


That moment came to the Egyptian archaeologist Kamal el-Mallakh in the spring of 1954. Workmen clearing debris around the base of the Great Pyramid of Giza hit upon a stone structure: forty-one limestone blocks with carefully mortared seams. El-Mallakh chiselled a hole in one of the blocks and peered down inside.  A rectangular stone pit. Darkness. And an aroma rising from dry earth. He could make nothing out. ‘And then with my eyes closed, I smelt incense, a very holy, holy, holy smell. I smelt time…I smelt centuries…I smelt history.’


What El-Mallakh had found was not a glittering gold-masked mummy but something in its own way as valuable and miraculous. A boat – dry stored and completely intact in the airtight tomb – the funeral vessel of the pharaoh Khufu.  The boat had been disassembled; but all the pieces were there, laid out intact as if they had been just cut. Forty-four metres long, constructed almost entirely with cedars from Lebanon, the pieces marked with carpenters’ symbols to aid its assembly, a construction as astonishing in its own way as the pyramids themselves. A testament to the technologies of the ancient Egyptians.

It took nearly thirty years to reconstruct this three-dimensional jigsaw puzzle, sewing it back together, as it had been, with five thousand metres of cordage – the traditional method of boat construction in large parts of the world, particularly the Indian Ocean, right into modern times.

This long slim processional craft might once have transported Khufu’s embalmed body to Giza –or been specially built to carry him on a journey into the afterlife. It has a deckhouse to the stern, then a light frame to support an awning, shielding the pharaoh from the fierce heat of the sun; its raised prow echoes the shape of the papyrus boats that once plied the Nile.  The frustration of maritime archaeologists is that often so little survives of ancient ships - much is just guesswork based on out-of-scale representations , images carved on stone or pictures. Here is the real deal – an authentic transmission from 4500 years ago – really like touching the past. It’s in a museum beside the pyramid. The Khufu boat is just one nugget I’ve gained from reading a new book for review –The Sea and Civilization:  A Maritime History of the World by Lincoln Paine.

Posted by Roger Crowley Historian and Writer at 03:41 No comments:

More from the mafia 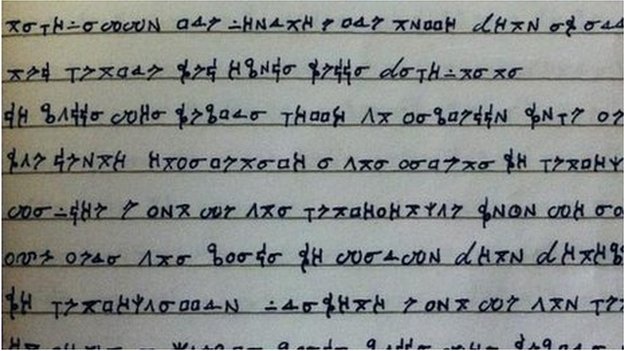 This mysterious, neatly drawn secret code , found recently during the investigation of a Rome murder case, has become the subject of wide interest. It took two policemen with a fascination with crosswords several weeks to crack the invented alphabet. It's the formula for the initiation ceremony into the 'Ndrangheta, the criminal organisation based in Calabria in southern Italy now challenging the Sicilian Cos Nostra for supremacy amongst the Italian mafia clans. It's a rare glimpse into the inner world of mafia recruitment and affiliation - as reported in a BBC article recently.
Posted by Roger Crowley Historian and Writer at 10:20 No comments: